Wednesday, a new show inspired by The Addams Family and from the mind of Tim Burton, is the most recent phenomenon to take over the streaming world. The series is based on the character Wednesday Addams, and is a coming-of-age, comedy-horror series. Wednesday, starring Jenna Ortega as the titular character, follows Wednesday Addams as she is expelled from her high school and is enrolled in Nevermore Academy.

The school, a place for monstrous outcasts like werewolves, vampires, magic users, and those who discover they have psychic powers (like Wednesday herself). As her new abilities grow in strength, a mystery is slowly unraveled. The cast of the series is filled with standouts; the main actors truly have undisputable talent.

Jenna Ortega plays Wednesday Addams, the main character of Wednesday. At only 20 years old, Ortega’s career has spanned a whopping 8 years. Her first large role was playing a young Jane in Jane the Virgin. Her breakthrough role, however, was playing Harley Diaz in Disney Channel’s Stuck in the Middle.

She then went on to do voice work for Disney and also appeared in X and the new Screamfilm. In terms of the future, she will be seen in Scream 6, Finestkind, and Miller’s Girl. Depending on whether or not Wednesday gets renewed (and given its record-breaking viewership that seems likely), Ortega will also stick with that project.

Percy Hynes White plays Xavier Thrope, a psychically-gifted student at Nevermore Academy who takes a bit of a liking to Wednesday (and is also the ex-boyfriend of the mean girl in school). White, similar to Ortega, also has had an extensive career as a child actor in Canada.

He has been seen in a variety of films and television shows like Night at the Museum: Secret of the Tomb as a Young C.J. Fredericks, Murdoch Mysteries as Simon Brooks, The Twilight Zone as Cole in one episode, and Nursesas Jesse.

Tyler Galpin, a sweet barista (and possible romantic interest for Wednesday) in the local town, is played by Hunter Doohan. Doohan has been seen in many different television and film productions, but mostly has done television or streaming work. He played Matt Ryan in Schooled, Tyler in What/If, a Teenage Warren in Truth Be Told, and Adam Desiato in Your Honor.

Other 2022 credits for Doohan include the short film Ringing Rocks. Given his talent and the success of Wednesday, surely even more credits are on the way.

Emma Myers portrays Enid Sinclair, Wednesday’s peppy and colorful werewolf roommate. She, like many of the other cast members, spent her childhood as a child actor. However, her breakthrough was not until Wednesday.

Before the hit Netflix series, she was seen in The Glades. Myers also appeared in Southern Gospel, A Taste of Christmas, and Girl in the Basement.

In Wednesday, Bianca Barclay, a popular and successful student at Nevermore (who also happens to be a siren and Xavier’s ex-girlfriend) is played by Joy Sunday. Prior to her role in Wednesday, Sunday played Janella in an episode of Good Trouble, Sophia in S***house, and Claire in an episode of Dear White People.

Most recently, Sunday joined Channing Tatum in a new film called Dog as Dr. Gray. She will be seen in Under the Influencer in 2023.

Gwendoline Christie plays Larissa Weems, the principal of Nevermore Academy and former roommate of Morticia Addams. Christie is a highly-acclaimed actor who is most known for her role as Brienne of Tarth in Game of Thrones. She has also been seen in the Star Wars universe as Captain Phasma and The Sandman as Lucifer.

Those are merely a few of the many credits of this Emmy-nominated actor, and Christie will be seen in Season 2 of the hit television series, Severance.

Catherine Zeta-Jones plays the iconic and macabre Morticia Addams in Wednesday. Zeta-Jones is one of America’s most acclaimed and famous actors. She is known for her work in a variety of films including playing Velma Kelly in the movie adaption of the longest-running American musical on Broadway, Chicago.

She has also been seen in Ocean’s Twelveas Isabel Lahri, Prodigal Son as Dr. Vivian Capshaw, and the classic film The Mask of Zorro as Elena. In terms of future work, it appears that Zeta-Jones will be seen in National Treasure: Edge of Historyas Billie. She should be seen in one episode. 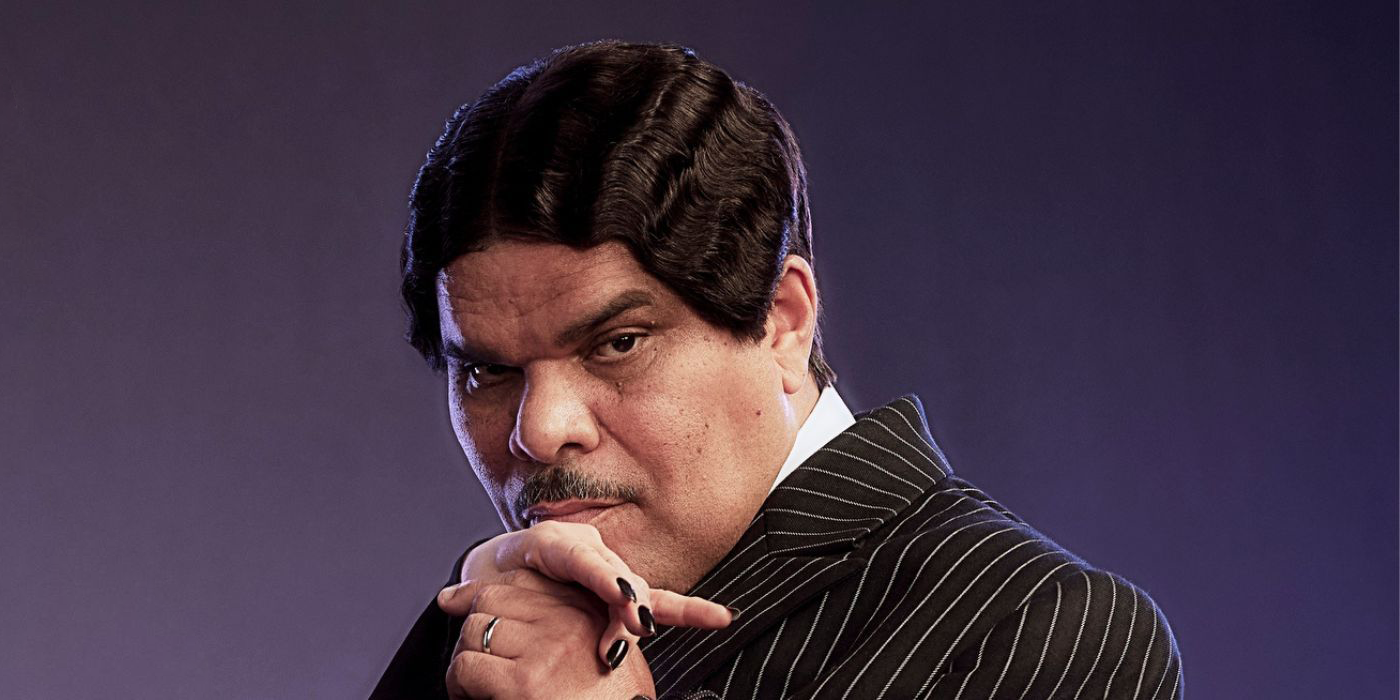 Completing the Addams parents as Gomez Addams is Luis Guzmán. Guzmán has acted in a variety of television shows and films, including Boogie Nights as Maurice t. t. Rodriguez. Besides that film, Guzmán appeared in the new series The Resort as Illan Iberra and an episode of Shameless as Mikey O’Shea.

In terms of future work, Guzmán will be seen in Marvel’s Moon Girl and Devil Dinosaurin an undisclosed role.